“Why would you be studying it if you could be doing it?” heard a Stanford computer science student at his job interview. The interviewer was Mark Zuckerberg. 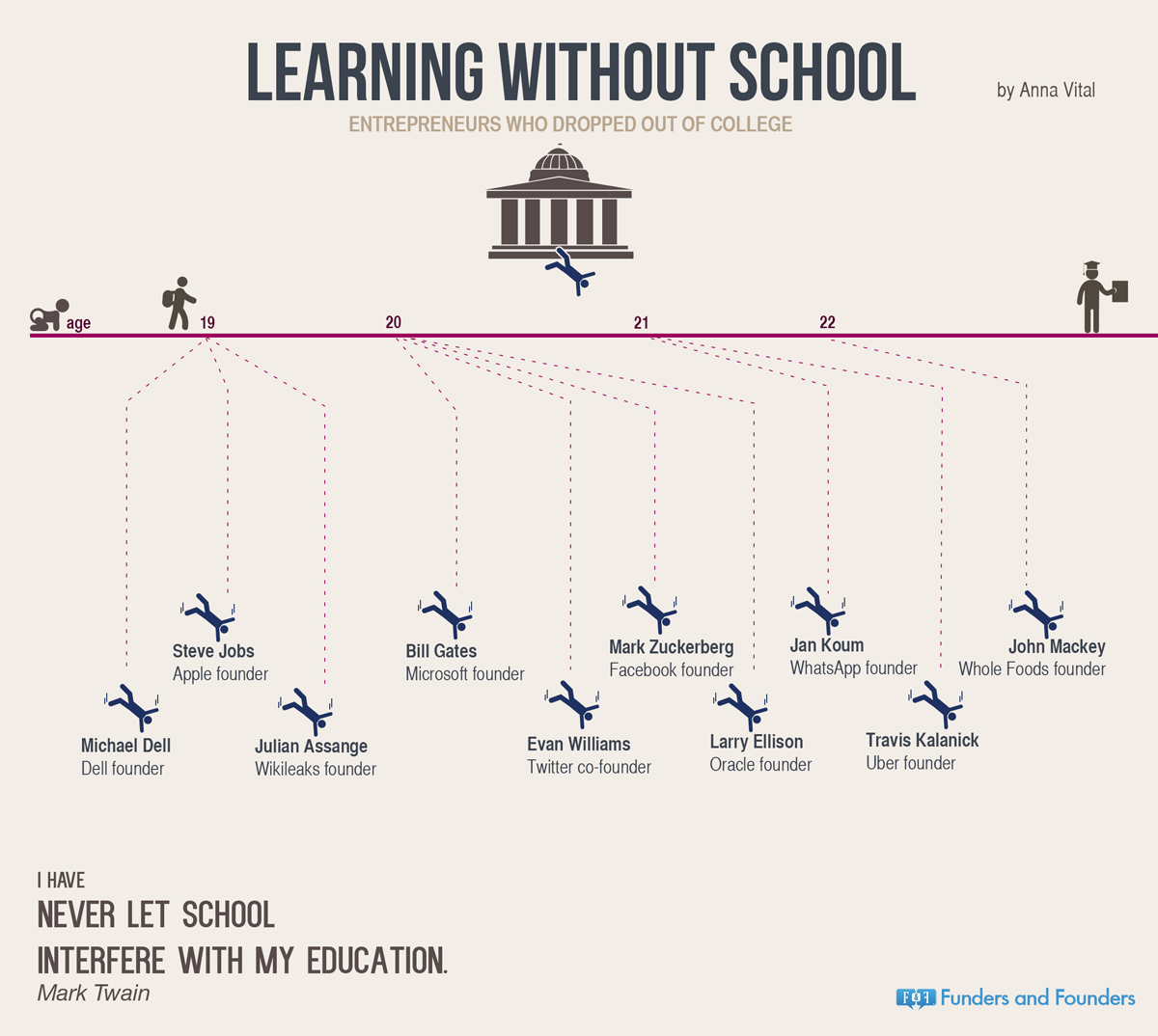 According to The Facebook Effect,  Just a few months before that Zuckerberg “took five minutes to decide” that he would drop out of Harvard. He was half-way through.

Learning without school is somewhat of a theme among entrepreneurs. The list of billionaire dropouts is long. Michael Dell dropped out after his first year at University of Texas at Austin. He did not tell his parents. After his mother died, Larry Ellison also dropped out, twice. Bill Gates lasted three years at Harvard. He even took enough courses to graduate. But he didn’t. After reading in a magazine about the new computer, he made up his mind about dropping out: “We were afraid if we waited, someone else would beat us to it. It was a hard decision and I know my parents had their concerns. And while I would never encourage anyone to drop out of school, for me, it turned out to be the right choice.” 32 years later he did get that Harvard (honorary) degree. At least he didn’t have to pay for the extra year of tuition.

Not everyone dropped out to start a great company the next day. Some people had no plan. Steve Jobs, for example. He dropped out because college was too expensive. Once he dropped out, he “dropped in’ on classes for free. This is how he learned about calligraphy, for example. Steve’s biological parents made his adoptive parents promise that Steve would graduate from college. It didn’t matter.

Some parents, though, foresee their kids dropping out. Doctor Zuckerberg is one of them. He knew his son would drop out.

Today a college degree is worth $365,000 for the average American man after subtracting all its direct and indirect costs over a lifetime. For women — who still tend to earn less than men — it’s worth $185,000. If the decision to drop out or not boils down to economics, all you need is compare those numbers with what you could do with the money you are spending on tuition now.
Entrepreneurs who dropped out of college: