We are expected to have a plan. A grand plan for our lives. But what if you don’t have one, like these famous people? 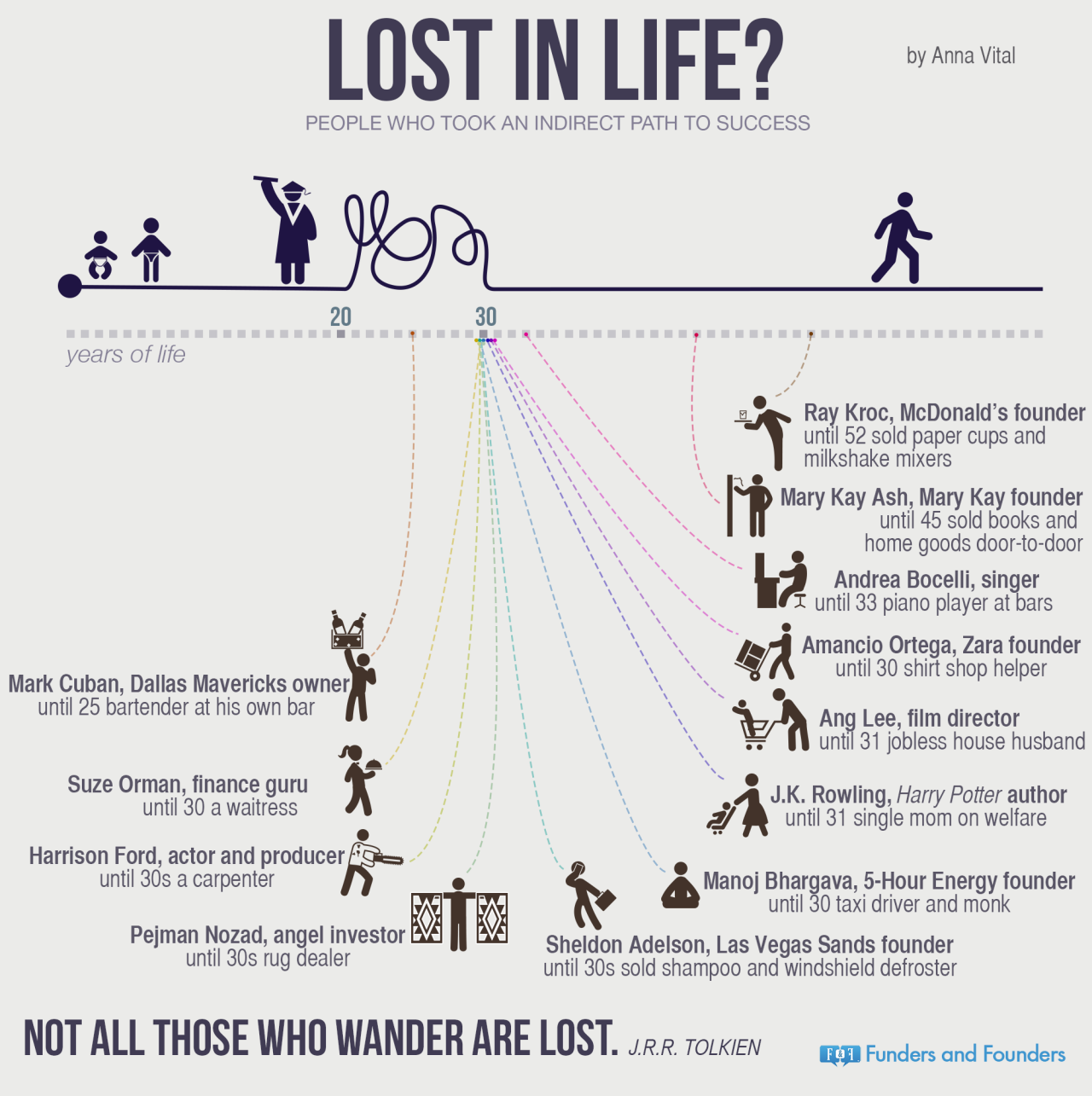 As a kid you get asked what you want to become. The higher your tuition grows, the more you are supposed to know what all your learning will amount to.

People Who Took An Indirect Path To Success

There will be a direct path from college into a high-paying, intellectually stimulating, and satisfying-in-all-other-ways job. At least that is the plan. A direct path to success, right?

Why then so many successful people look lost at the beginning? Why didn’t they find this direct and easy path? Success of others  can only be seen in hindsight. And hindsight distorts reality. What looked like a mess at the time in hindsight looks like a series of perfectly executed maneuvers.

Take Silicon Valley angel investor Pejman Nozad – at 30 a rug dealer. Selling carpets at 30 is not failure by any means, but how many people who do that job believe that they are just a few steps away from being a high-power angel investor? An investor with a stake in one of the most influential companies in the world, like Dropbox. Not many. And how many people working in a rug shop would invite a founder of a hot startup to their rug shop to introduce them to other investors? Pejman did. Although now it may look like he had a plan, at the time it seemed random.

Is there a Grand Plan for my life?

It makes sense that anyone famous would have a grand plan – until you look at the life of, say, Ray Croc. The founder of what we now know as McDonalds was still just a salesman of paper cups and milkshake mixers on his 50th birthday. Then one day he stumbled upon a clean restaurant with good burgers. He bought it and franchised it. Could it have been his plan all along? Unlikely. While being a paper cup salesman is not the same as failure, it doesn’t look like a grand plan either.
So, is it ok if at the bottom of your heart you know you have no grand plan? As long as you are alive, you still have a chance.